* This is the general viewing ticket page.

This time it was held in 2011 at Akakura Onsen Ski Resort in Yamagata Prefecture.
At the "Mogami Rock Festival", on the loading platform of a large truck decorated with flashy lights
A legendary live performance that rushed into the audience while carrying members and performing live
From the beginning to the end, at the "Natsu no Mamono" held in Aomori in 2015
This is also a radical scene where members are placed on the ceiling of the car and leave the audience seats.
A miraculous cut from the same perspective as the members
(A beautiful scene shining in the night sky of Aomori will also appear at the end of the video),

And this year, 60,000 rock fans around the world were enthusiastic about the guitar wolf sponsorship.
Recorded for the online rock festival "Shimane Jet Fes 2020",
While loading the generator on the equipment vehicle and actually driving on the loading platform, which is the smallest space
Complete version including unreleased songs at "R & R ON THE VAN" where the live was performed, etc.
The content is radical and exciting, which also blows away the stress of corona sickness. 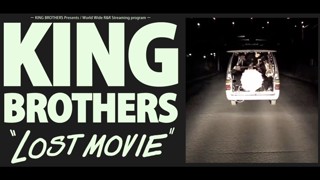 Use your credit card to make payments.